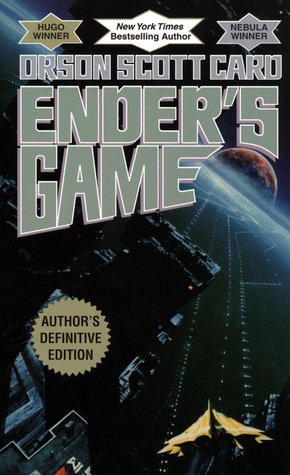 The war with the Buggers has been raging for a hundred years, and the quest for the perfect general has been underway for almost as long. Enter Andrew “Ender” Wiggin, the result of decades of genetic experimentation.

Is Ender the general Earth so desperately needs? The only way to find out is to throw him into ever-harsher training at Battle School, to chip away and find the diamond inside, or destroy him utterly. Ender Wiggin is six years old when his training begins. He will grow up fast.

But Ender is not the only result of the experiment. His two older siblings, Peter and Valentine, are every bit as unusual as he is, but in very different ways. Among the three of them lie the abilities to remake a world. If, that is, the world survives.

My best friend has been on my case about reading Ender’s Game for about two months now. Honestly, science fiction isn’t really my thing (all in all I think I’ve read about six or seven books belonging to the genre in my entire life, and enjoyed less than half of them), but she insisted that I wouldn’t regret it.

I didn’t regret it. Well, not really. When I was crying my way through the ending, and then swearing at the final chapter, I might have felt a small twinge of remorse. But this was only because I hadn’t had the foresight to shield myself from the emotional trauma instigated by a thirteen-year-old-boy.

Before I continue, I need to make this clear: Ender’s Game is not a masterpiece. It is brilliant in its own way, but it is far from perfect. My sheer enjoyment of the storyline and the characters has prompted me to overlook key elements that disappointed me and betrayed my trust in the author (I’ll address some of these in the section beneath my review). For this reason, my rating is based on an “enjoyment factor”, rather than a literary appreciation. I just have to note here that while I loved reading this book, I have a couple of issues with it as well.

Ender’s Game is a unique storyline that contains a multi-layered criticism on humanity as we know it. It addresses loads of thought-provoking issues through Ender’s treatment at the hands of adults and children alike: the ethics of training children in the art of war craft; the effects this has on their overall psyche; human motive and manipulation… Exploring these issues in a futuristic setting was awesome, especially through Ender’s viewpoint.

Even without going into the in-depth commentary, Ender’s Game is a great read. In fact, it’s written in such a way that anyone can understand what’s going on, whether you’re a seven-year-old or have a doctorate in Science Fiction. Card’s writing entirely serves the storyline, to the extent that I became almost completely unaware of the words on the page. They were merely a passageway into Ender’s world, not a means of showing off a complex style, as is typical in other modern classics.

Orson Scott Card’s characterization is beautiful. His focus is mainly on Ender, but there’s a gradual exploration of his siblings (Valentine and Peter) as well. All three children are phenomenal. There were times when I felt more than a little stupid because of their brilliance, but at the same time I found them powerfully real. As if they could step out of the pages at any second.

Overall, this is a stunning book, suitable for any readers interested in being whisked away on an interstellar adventure.

Recommended to: Illuminae fans looking for something to fix their Sci-Fi book hangover.

SPOILER ALERT. Read on only if you won’t stone me for giving away key elements of the story. Also, it’s a super long rant. Sorry.

Okay, so in my mind the above is a fair review. I’ve praised Card’s writing style, his characterization, and the risk he took in including an in-depth commentary on society and whatnot. But aside from all of that, I’m just not convinced that it’s the most wonderful science fiction novel of all time.

Don’t get me wrong, I loved it. I couldn’t put it down. I cried when I finished it. But it didn’t click with me at all, as much as I wanted it to. After taking a day to think about my feelings and write several pages about why I had so many mixed feelings about it, I finally figured out why I was being such a Debbie Downer about “one of the most critically acclaimed science fiction classics ever written”.

There were three main things that bothered me:

Put away your pitchforks, folks. This isn’t a condemnation, just an opinion. Perhaps I should rephrase: Personally, I found that certain events were unsurprising. For example, the big twist? I guessed it as soon as Ender began training with Mazer. And that’s not me being all “omg guize i guessed da plot twizt on lyk page 9 im so sMaRt lololol”. The plotting for about fifty pages up until that point was clumsy. It left me bored enough to skim through a couple of paragraphs and go, “Hey, you know what’s totally going to happen?” If you think about it, all plot twists are predictable if the author gives the reader the time to guess them. The ones you don’t see coming are plotted so carefully that you’re never given the chance to relax and sit back and ponder what might happen. You’re so caught up in the storyline that it doesn’t even cross your mind.

This relates to my previous point. You know when you read a book and after about the sixteenth chapter you kind of go, “Okay, but what’s the point?” That’s often how I felt reading Ender’s Game. A book can be way below my usual reading standard (or maybe the writing style is annoying, or the characters are one-dimensional, etc.), and yet I’ll love it because it kept me on my toes. It’s fast-paced. There’s always something contributing to the main storyline.

I think Orson Scott Card kind of missed the memo on how to keep a storyline interesting. Sure, his writing was great, and his characters were so awesome that I never wanted to leave them behind in the pages, but there were times when nothing happened. Okay, to be fair, stuff happened. But it never felt inherently important. Half the book was dedicated to Ender’s training on the battleship, and as much as I love reading about little kids freezing each other in zero gravity, it felt like I was being told the same thing over and over again. Ender enters a battle. Ender pulls a hat trick because he’s brilliant. Ender wins. The other kids hate him more. The teachers enter him into a new battle. And on and on and on. We get it – Ender’s awesome. But spice it up a bit.

In total, there were two women in this book (three, if you count Ender’s mom, who features in like half a scene to cry over the loss of her kid). Of those two, being Valentine and Petra, only one made it into the Battle School to train with the rest of the boys. Why, you ask? In Orson Scott Card’s own words: “They don’t often pass the tests to get in. Too many centuries of evolution are working against them.”

So… You’re telling me that in your futuristic world, women are less developed mentally and physically than they are today? And this is due to, ahem, evolution? So, like, we evolved backwards?

Let me get this straight: a six-year-old boy is able to be trained in space; his later-mentor defies the ageing process; an entire planet is destroyed by laser beams; telepathic aliens are dumb enough to make contact with chauvinistic a-holes along the ranks of you, Mr. Card… And yet it’s improbable that girls can be space fighters.

Physical combat is practically nonexistent in space, so the “women are physically weaker than men” argument is entirely invalid. I’m fairly sure that women have the mental capacity to be accepted into the battle school, right? Or are you saying our ovaries have a negative impact on our brain development?

Also, there’s not a single person of colour mentioned, as far as I can remember. What is this book trying to say? That more than half the earth’s population was eradicated by “evolution”? How messed up is that?

Thoughts? Have you read the book, or seen the movie? What was your initial perception? And if you’ve read the series, is it worth continuing Ender’s story? 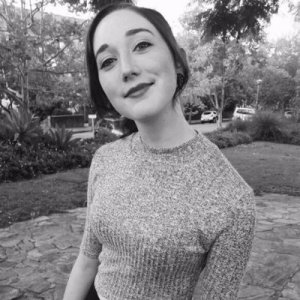